We offer exits in the morning and evening or during the day from the driveway. The offer is addressed to individual hunters and hunting groups of up to 3 people.
In order to get acquainted with the details of the offer, including fees for trophies and the organization of hunting, please visit the website: 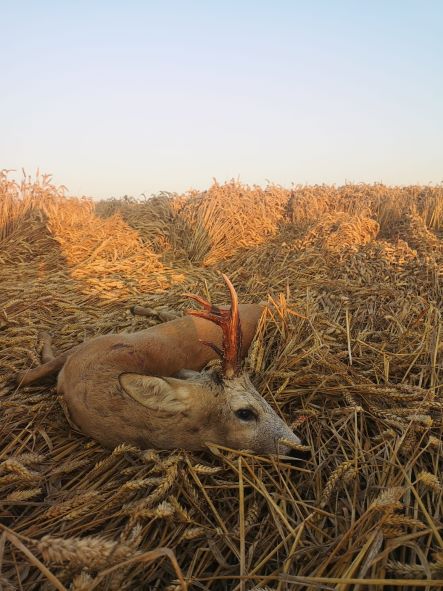 We invite you to hunt roe bucks in the picturesque scenery of Bory Tucholskie!
We recommend two dates:
- the beginning of the season, that is the second half of May - when hunters, hungry for hunting, go out to the hunting ground, and young herbs and grasses tempt the game with their juiciness. Roe deer during this period are clearly visible in the regenerating meadows. Morning mists, the first rays of the sun reflecting in the drops of dew are a picturesque background for hunting.
- turn of July and August - this is the ruth period, during which excited and active roe bucks can be lured by skilled hunters, which makes hunting exciting and full of twists. During this time, the chance for a strong roe bucks, because experienced roe bucks come out of hiding to take part in the competition for the best does.
Please contact the hunting team of RDSF Toruń, e-mail: lowiectwo@torun.lasy.gov.pl.

The leader of the hunt calls a briefing, and the hunters line up in two rows: the hunters in front of the leader, and the helpers on his left side.

The leader of the hunt manages the signal:

"Welcome" , to the sound of which hats should be removed from their heads.

After providing the most important information, the leader of the hunt asks for a signal:

"To the hunt" , after which the hunters go to the first hunting on this day... 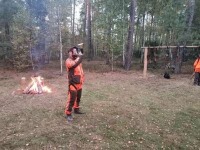 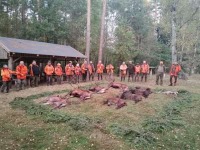 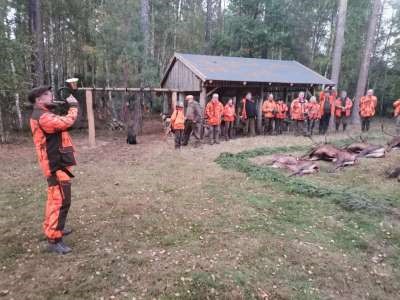 After a beautiful period of red stags hunting … in the middle of October, when in the forest backwoods green gives way to a full palette of yellows, reds and browns, the time has come for another hunting adventure ... fallow deer rut continues. 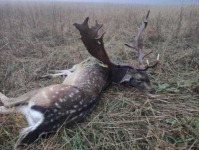 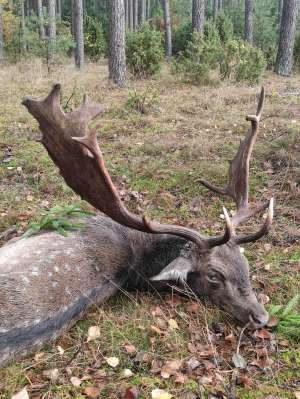 > Invitation to a red deer rut

The rutting site is an opportunity to hear the loud, bass-free roars of a red deer - the king of Polish forests.

Before dusk and dawn, you can hear the prolonged grunting and howling of red stags and hitting antlers against trees.

The rut begins when the temperature drops to zero at night, then the red stags gather a herd of hinds around them and fight for them with competitors.

With the fall of autumn, hinds secrete natural pheromones to which the red stags react. Roaring to each other, they try to show dominance.

The lower the roar, the greater the chance of winning.

The red stags compare the noises they hear with their own and decide whether to fight or pass.

The second stage of the competition for a hinds is comparing the antlers between opponents. If your competitor's antlers are stronger, let go.

Ultimately, when the red stags judge their forces equal, there is a fight.

The duration of the rut is conditioned by the weather. When the temperature drops, the red deer are active. This season the rut has already started. How long will it take? It depends whether the red stags are strong or weak. It is good for many strong competitors to compete for hinds, as this guarantees the red deer population good genes and strong specimens for future seasons.

During the rut, red stags lose about 30% of their body weight, because they live mainly in love, and they replenish their energy losses by drinking water.

Below we present photos from this year's hunting during the rut in the OHZ RDSF in Toruń. 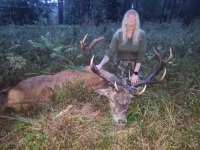 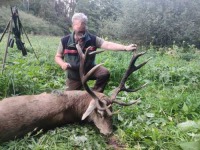 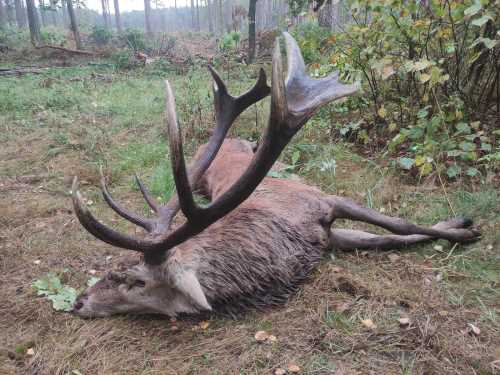 What leads us there on quiet nights? What makes you crawl towards the rising sun? What makes us hunt? What power is this hobby that takes us from the asphalt tracks of civilization to the last swampy habitats, when nothing seems so unnatural in the modern, technical world that is urbanizing at an insane pace - like nature. …

Excerpt: Roman Batory „Hobby as big as a moose”

Do you have questions?

I ACCEPT AND AGREE Using the ofertalowiecka-rdlptorun.pl website means accepting the terms contained in the privacy policy. In particular, this applies to the acceptance of the processing and storage of personal data collected through this Site and used for marketing and commercial purposes. This website uses cookies collected for statistical purposes, profiling advertisements and used for the proper operation of the website. Terms of storage or access to cookies can be changed in the browser settings - failure to change browser settings is synonymous with consenting to save them.

In the absence of acceptance of the above (and included in the 'Privacy Policy') records, please do not use this Site and leave it immediately.